So there you have it, 8 days of An post over for another year. Did it grip the nation a little more? i think it did.. It certainly left an impression on me.

The 8 days as you would expect were tough, the relentless attacking and the quality of field that was attracted from all over the world proved that the Ras is the hardest race a cyclist from Ireland will face on these shores.. At times you dont race, you survive. For some its the medal at the end  and for others its the chance to showcase their talent. That was Team Aseas plan, muscle in and annoy.

Its also  a chance to get treated like a professional and for me 8 days was plenty!! We had brilliant back up, Brendan Grimes was head of affairs, Gary morton was our Masseur, Joe fenlon rode shotgun with Alan Geoghegan  and we laughed..alot. Its fair to say we had a great time off the bike and from day one at Dunboyne to day 8 at skerries laughing and slagging was part of the adventure. No man was safe.

In general the race lived up to our expectations, our goal was to step up and race outside ourselves and try win on the biggest stage an Irish domestic cyclist can. We also wanted to represent our sponsors and repay them for the support they are showing towards the team. Every day was like being shot from a cannon, I looked around at some guys that ordinarily wouldn’t last and they were fighting, more than any Sunday race. I liked that, I think the Ras brings something extra out in you and its fair to say that happened to Ian Richardson who won the county individual prize and 10th place. Congratulations to him and UCD. 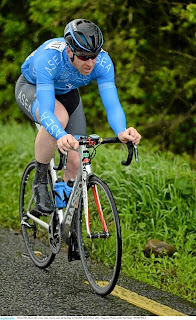 Personally a day didn’t go by without something happening to me. After 10km in day 1 my Di2(gears) stopped working after i hit a pothole. A bike change and a big chase left me empty but
I think I’ll be remembered for my day 2 exploits,  I rode off into a headwind with a few others then found myself alone chasing a gold medal.. It was  a weird day.. i might expect myself to be in that position in a Sunday race but never the Ras. It was a nearly day and I take full responsibility for hoarse voices and the lack of work in the Louth area . I heard the twitter refresh button was hit many times for updates on time gaps.

Bike crashes and more bike changes had me in and out of the cavalcade but team Asea were conducting themselves quite well and mixing it up top. Damien Shaw had an incredible week riding into two 2nd places and one 3rd, for an amateur to do that is amazing. Damien really showcased his talent for the bigger occasion and gives faith to the county man wanting to make the final step up to the top tier of the podium. 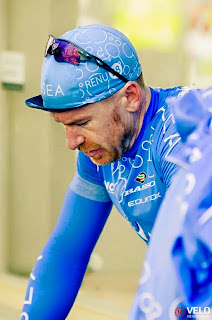 The county team prize was out of our grasp  after a few days  and 2 races within one was clearly evident , aqua blue took that and rode smart.Riding there last year its no surprise that they clearly wanted it.

All in all it was a week to remember and we ticked all our boxes. It was great  to be involved in a race of its magnitude and everyone associated with the race should take pride in the job they done for the riders.

Thank you to all our sponsors Asea corporate,  cycle power meters, basso, equinox, so cycles, velo revolution  and a special mention to Niall Clarke Oils and Topaz Ireland for fueling us throughout the week!